This function has two complementary parts - either adding an issue to an active sprint, or removing it from its current sprint.

For example, on the Start Progress transition you might apply this function so it’s automatically added to the current sprint. This is not the scrum way, where the entire sprint should be planned in advance, and if you finish early you should just twiddle your thumbs (not really true). However, sometimes you finish all the work in a sprint, and it’s a pain to then have to manually add everything you’ve worked on to the current sprint.

In the function configuration you provide a board name, the function will pick the first active sprint from that board. It’s possible that a future version will allow selection of the first un-started sprint.

Changing the sprint requires the user to have the Schedule Issues permissions. There are two options here.

Select Act as other user: No if:

Select Act as other user: Yes if:

If you choose Yes, you need to select a user who the sprint change will be done as. This will appear in the history as though the selected user had added the issue to the sprint.

You must define via code which user to do this as, which means you have plenty of options. Typically though you would choose a named user or the project lead, so those are the two examples provided: 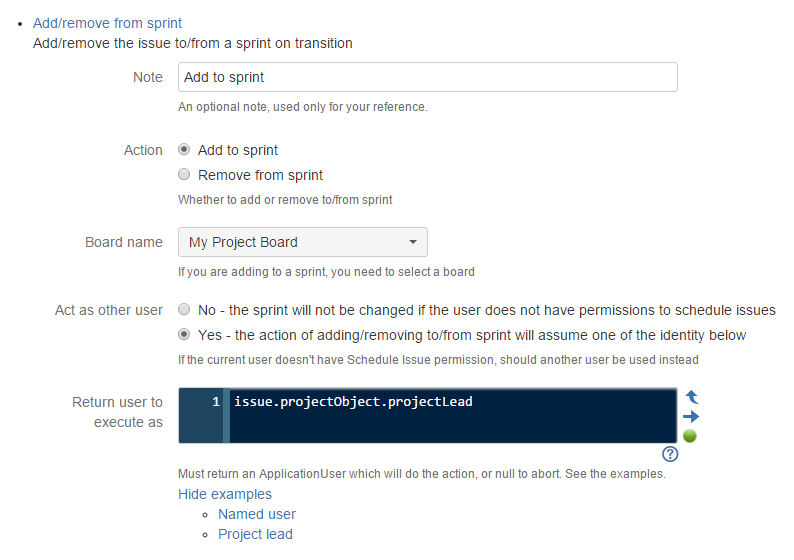