As an administrator, you likely handle a lot of tasks in your Jira instance. Many of these tasks can be a bit tedious. And like most of us, you want to make your life easier and handle more tasks automatically- that’s where ScriptRunner’s built-in scripts come in. While ScriptRunner provides extended functionality in many different ways, its built-in scripts offer several options to automate or simplify different processes in Jira. Also, built-in scripts, as their name indicates, are built into ScriptRunner, so you don’t need to work with Groovy to get them running. 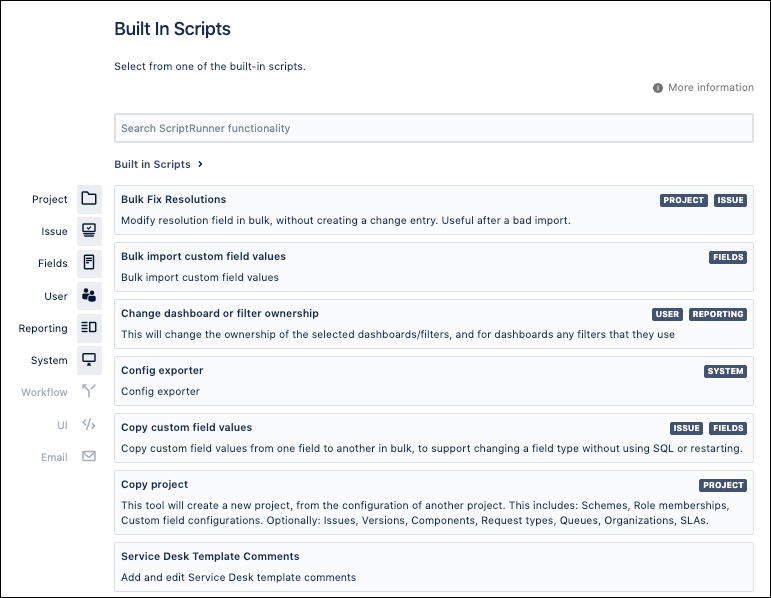