Using this script, you can dynamically add default and mandatory reviewers based on a script when a pull request (PR) is created or updated.

You can combine a script that sets reviewers with a condition so that you can automate some PR functions, like:

Since Bitbucket 4.8 there is a feature that allows you to assign default reviewers for pull requests: BSERV-2924.

These features can work alongside each other without any interference, with one notable caveat. That is, if you add default reviewers using the Bitbucket feature and set a certain number of them to be required, then reviewers added using the ScriptRunner listener are not counted toward the approval requirement. This is consistent with how the Bitbucket server’s default reviewers feature normally behaves. In short, the reviewers that are required to weigh in by Bitbucket server settings always have a say on a pull request. 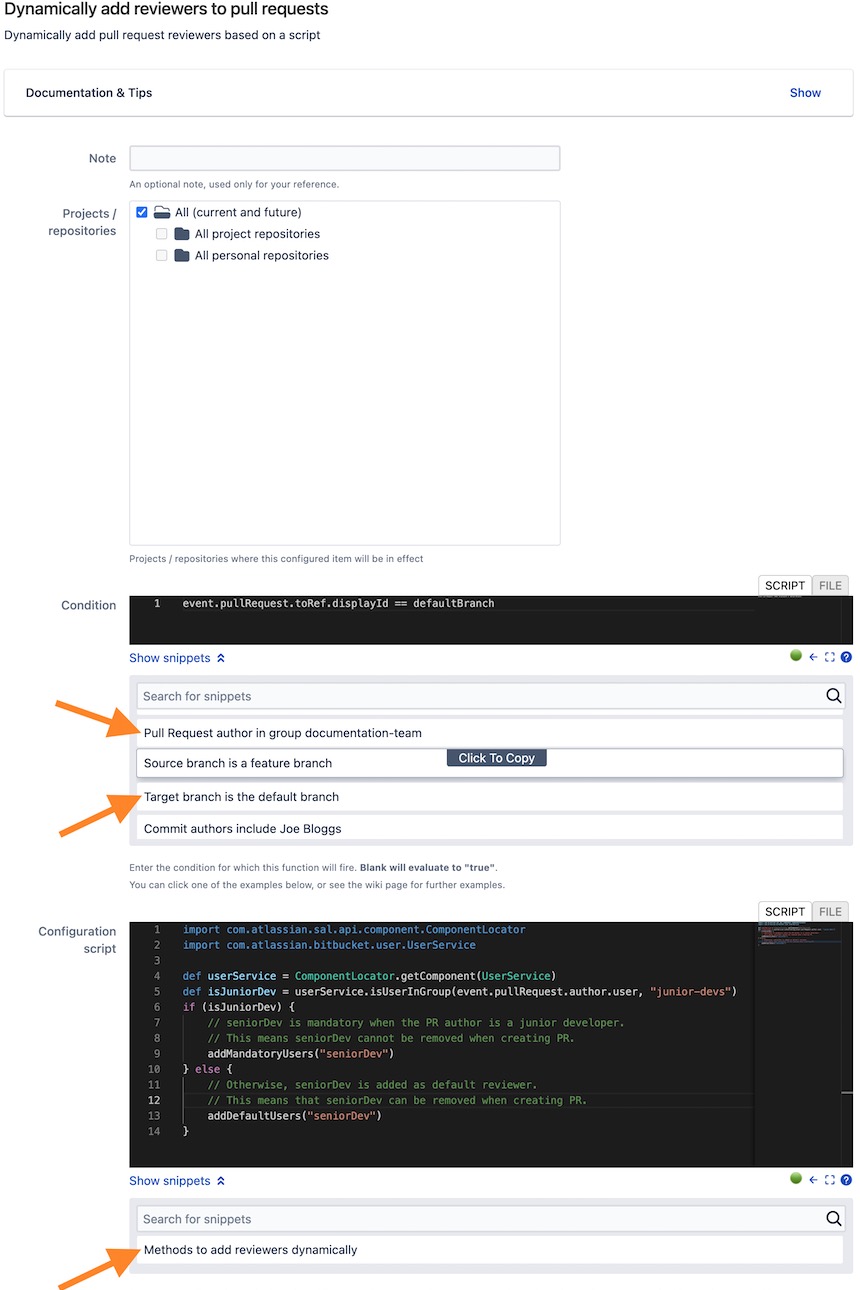 Click the '?' to see a list of available binding variables. Some are ScriptRunner built-in closures while others provide links to Java docs. There are also various snippet examples available via the Show snippets link that can help you understand how to use these variables. 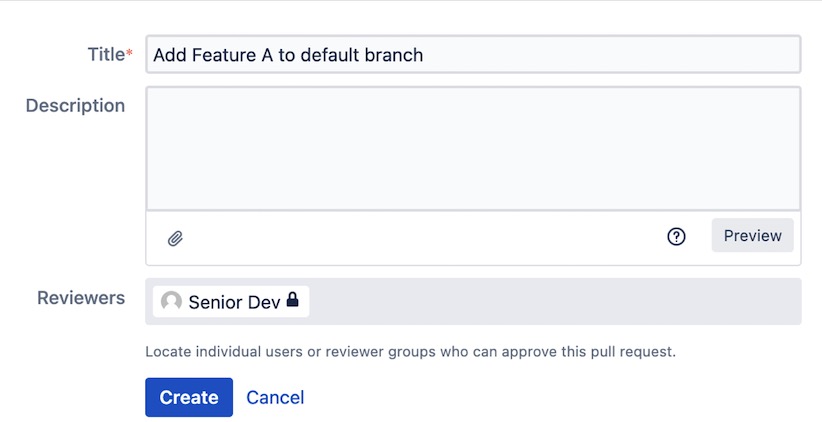 Since Senior Dev was added as Mandatory Reviewer, they cannot be removed from the PR. If they are removed, a merge check will not allow the PR to be merged until they have been added back.